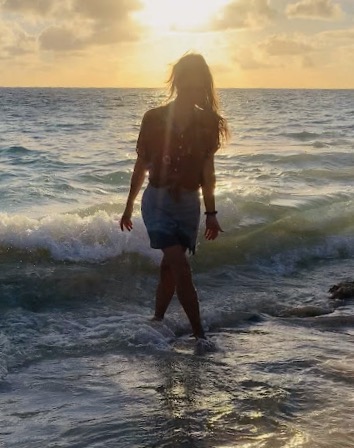 Claiming ‘Recovery’ From Limbic System Issues – Is That A Good Idea?… Part 1 of 2. 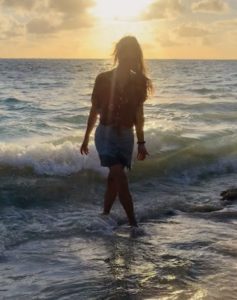 Have I told you that I’m not a big fan of trying to claim ‘being healed’ or more specifically, “claiming recovery” for those on the limbic system retraining path?

I know, likely you’ve already triggered reading that sentence, so please be willing to hear me out on this. I have seen a few things in my day of coaching that warrants my hesitation to having people claim recovery. And it’s not that I don’t think you can be healed or recover, quite the opposite! I see many people find freedom from chronic illness and go on to live wonderful lives! However, those terms “I’m healed” or “I’m recovered” are concrete and imply an “endpoint” and can be used by the ego to work against you in some situations. One of the most important and missed components in the chronic illness healing world has to do with ego identity issues. And that’s what this particular topic brings up for people who strive to claim a certain identity “I’m a recovered brain retrainer” that brings a certain status along with it.

Recovery is a term that we use to signify the completion of a process.

However, I have rarely seen someone who has been one of the “recovered ones” that didn’t in the future have some ebb or life situation result in some limbic over-activation again. And much of the time that I see this future ebb, I witness the person experience fear that “it’s coming back”, or “what will ‘they’ think if they find out I’m having symptoms?”or, even worse: “I’m a coach or celebrity in the DNRS world and I’ve already ‘claimed my recovery’ and they can’t know I’m not doing well again.”

Do you see the potential issue here? When you claim something that has kind of a black and white definition that means you have finished a process or surpassed the others, then when a situation returns that even remotely activates your limbic system again, your ego can freak out a bit, because it feels like it has “lost” what it had once gained as its new state of identity.

Finding a term to describe your healing experience that is less dualistic is often better in the long run because life continues to challenge us. When our ego wants to grasp at some title to prove itself safe, that is also a tricky setup for a future setback.

Time and time again I have had the “recovered ones” reach out to me, both clients and yes even several popular coaches in the brain retraining world, and in a fear-based panic, they ask what they did “wrong” to have a setback. And even more,they are afraid of others finding out they have limbic patterns again because they are seen publicly as recovered and have gone to great lengths to create an identity of being fully recovered.

Well, do you see the predicament they are in? What’s true here, are they recovered? Or are they limbic?

Maybe what is true is that at a certain point on their life path they experienced the cessation of limbic overactivity. They had turned off their fight/flight switch. But, as life always does, certain situations occurred that resulted in the limbic system overactivity to turn back on for a period of time and they went into fear again, perpetuating the stress response. So at one point they “recovered/healed” and at the next point, they were stuck again. This creates a sense of deep frustration and resistance to the identity of the ego. Because the ego needs control and a sense of safety and the term recovered or healed gives the ego that sense. But now that identity is challenged once again.

One of the things I learned in my journey is that words have tremendous power. More specifically the words that we use after the phrase “I am” have tremendous power to our ego structure and our energy fields. I have learned to carefully choose the sentences that I claim as myself because I know my identity is being formed by them.

So if we claim “I am healed” or “I am recovered”, and we then get sick or get stuck in symptoms again, what does that mean to our ego? THREAT! Which can cause a pretty big internal stress response because our ego’s identity is being challenged. Now of course, if your true definition of those words ‘I’m recovered’ is not concrete or black and white, your ego will not respond with so much threat. But unfortunately, too often what I see in the brain retraining world, is a desperation to become recovered and a white knuckle grasp on that status once it has been achieved. Of course, this doesn’t apply to everyone, but it is common and so I must speak about this issue.

So what to do? How do we strive for healing without claiming an identity that we cannot guarantee as part of our vulnerable and unpredictable nature of being a human on this intense planet?

Well a few years ago, after “claiming recovery”, I realized my journey to freedom was not over. My body might have felt a ton better, I was free of feeling diseased, but I was still on a path of change. I was still challenged and at times and my limbic system would still get over-reactive for periods of time as I navigated tumultuous life situations. So I had to find a better way to describe my healing identity and process. I was on a healing path but didn’t want to have a title that implied a completion or even perfection of my body as part of the title status. And that’s when I adopted the phrase “I am on the transformation path”. It rang so true the moment I claimed that! “I am transforming!” There was no beginning and no endpoint. There was just eternal progression of mind/body/soul reclamation and inner freedom.

This statement allowed for both my ‘recovery’ and my ebbs. It allowed me to not fear a setback. And mostly it allowed my ego/identity structure to have a vision of something so much more satisfying and beautiful than just “being recovered” from illness. I identified as a being of love and light that was transmuting her past limitations and alchemizing the energetic densities that I carried. And yes, a great side effect of this process is my limbic system is able to be stable overall and return back to regulation after a storm.

This is why I encourage you to use words that are less concrete regarding your healing identity. You are always changing and it can be hard to live up to a standard set by our society/culture/community. And I promise there is freedom in letting go of the goal to be healed/recovered, and instead go for something so much greater- lifelong transformation and growth. The ego might resist this idea a bit, but I recommend contemplating these ideas and seeing if they resonate. The more you open up your ideas of what recovery means, the more possibilities you invite into your life!

I have a part 2 of this blog post coming soon where I describe my personal experience of claiming recovery and then claiming transformation to shed more light on this topic and how my life has become so rich and grand by opening up my journey to deeper layers of transmutation beyond just limbic system recovery.

Also, I have a free 3-day resiliency training where I describe more about why I use the term Transformation over ‘being healed’.

Dr. Cathleen King is the founder of the Primal Trust Academy & Community – a revolutionary online neuroplasticity platform for those dealing with chronic illness and trauma patterning. Her programs teach brain retraining, polyvagal theory, somatics, and inner healing processes to help others get back to living a life they love. 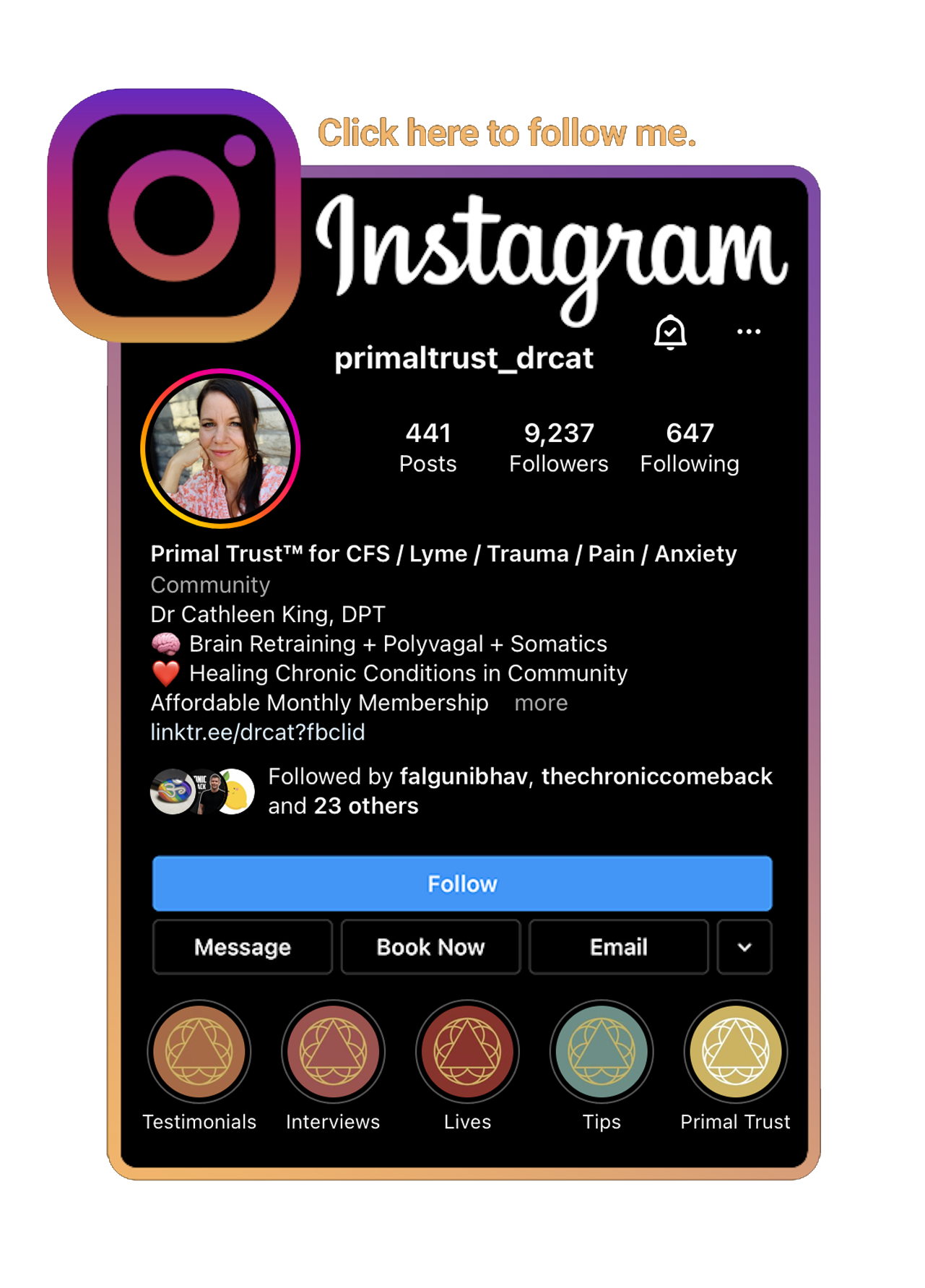